I paint from a head full of imagery.

From a lifetime of watching and looking at the world, filing away the small beauties, the absurdities, the injustices, the delicacies and then allowing my subconscious to somehow conjure these similes up in the studio, often years later. 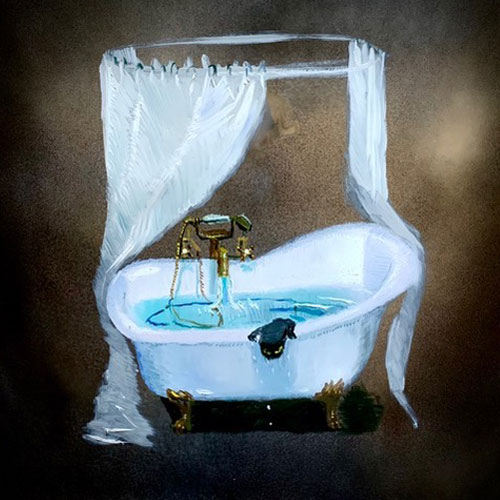 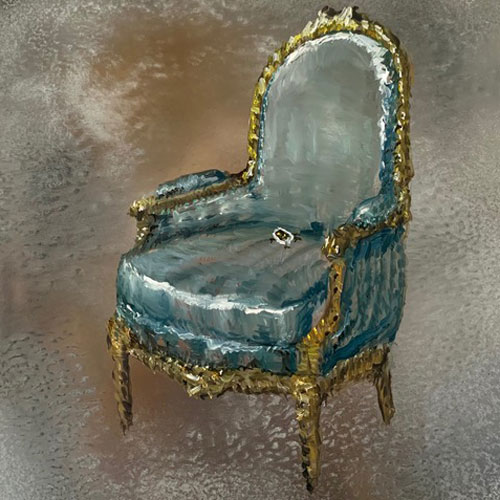 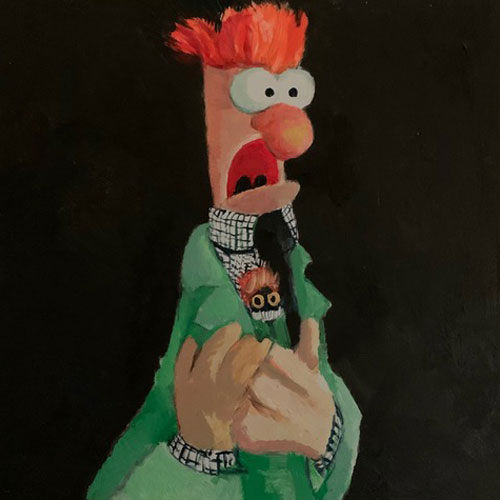 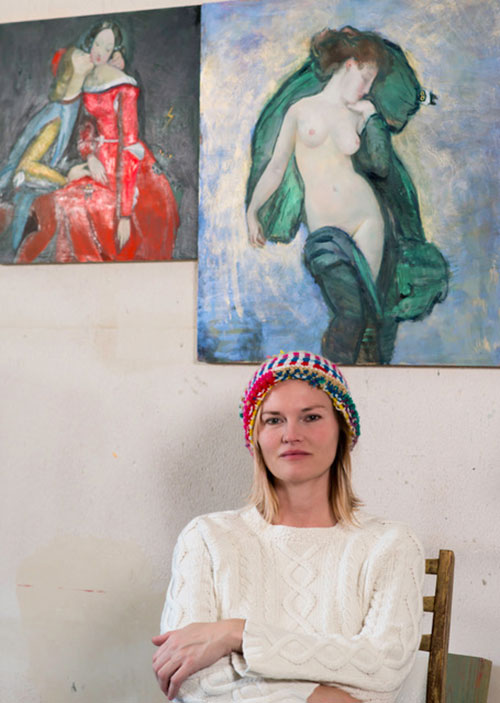 As a teenager I had a couple of cats. One was a Manx, and she was not a nice cat, but I loved her like crazy. Later in life I met a couple more cats, just as diabolical, and similarly I clung onto, and stored away impressions I liked of their silliness, and ridiculous malice.

In my practice, I draw on these saved mirages of cats, and dogs, people, landscapes, art, literature, the natural world and often myself, and seek to pull some of the parts together in a painted work, like an existential Frankenstein.

The technique I use is a combination of brush strokes with the drawn line and is a daily juxtaposition of control and letting go. The idea of being something other inspires my works. Growing up I often felt like an outsider. I went to a girls’ boarding school where there was this perfect blonde brigade, and I was not that. My paintings are based on how I see life. Life is beautiful in so many ways, and yet hard and sad for many people, like the drifters and the outsiders. I often try to soften the pathos and sadness I see in the world by adding some comic relief to my paintings. Otherwise I feel we’d all fall in a hole. Hopefully that way you get the beautiful with a joke on top.

My school was surrounded by three halfway houses, and often on the way to and from the boarding house, the girls were flashed by peculiar people. To me those people never felt threatening, just completely outside the norm. Derek Milkwood is someone like that. He’s a gentle lovely character I paint, based on a guy I used to see in a Sydney park who would hang out naked in the reeds. The idea of being naked in front of people horrifies us as a society, and yet this guy was so far off kilter it was his modus operandi. I never met him or knew his name, so I gave him one because Derek Milkwood just sounded like a wrong name for a real misfit. I love him as a character, and I use his paintings to broach stuff I find unfair, funny or absurd in society. Isobel, my daughter, is my other great inspiration. She is four years old and is a full-on, vibrant, funny little actress. As I said when I was nominated as an Archibald finalist again, she has gifted me unicorn-glitter in a lolly-sweet haze while helping me grow a backbone and the ability to say no. Thanks to motherhood, I grapple daily with the challenge of living the moment, as opposed to wanting to paint the moments Isobel’s joy in life constantly inspire.